#MixtapeMonday - Ayar: Good Is Getting Better

I love when a good artist gets better – gets better??? OH SNAP THAT'S A PUN: 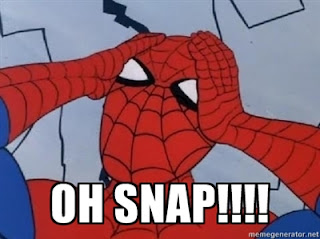 But seriously, you may remember Ayar from his first mixtape Good Could Be Better, which was decent though I did question whether he exists (he tweeted @ me about this, I’m still not convinced). Now he's back with his second mixtape Good Is Getting Better and wouldn’t you know it, it's gotten better.

Now one of the things that makes the mixtape so good and better than his previous effort is his highly improved flow. His rhyme patterns have become slightly more complex and rapid which makes for a more interesting experience, and choruses that we're once lacking have either been replaced by high quality features (such as Jayd Alexandra in Class A Drug) or more catchy lines that sometimes feel like anthems, as can be seen in the aspirational Money in My Levis. His flow and potent delivery are what makes your ears perk up when you hear Ayar, as his ambition and passion for his craft is clear in each syllable.

Lyrically again Ayar is solid, with a few quotable lines across the tape's 17 tracks. However to me it's rare that he hits you with a line so hot you could cook bacon on it (or tofucon, if you're into that) which is painful because sometimes you feel as though you’re waiting for it, but it doesn’t quite happen. Additionally his subject matter can seem a bit questionable, as everything seems to link back to money in some way. Like he'll be having girl troubles - why? Because he has to go and hustle. He’ll be talking about the promises he’s made and stuff which always seem to involve – you guessed it, money. Then you have the songs that are actually about money and getting it, which can at times make GIGB feel a little monotonous. However saying that, the thing that makes you not mind too much is that Ayar is more concerned with the ambition and positive effects that money will have, rather than just getting it to I don't know, put “gold all on his wahtsh”. He’s ambitious rather than greedy, which makes the mixtape overall lyrically decent.

Another standout feature of the mixtape has to be its instrumentals, which are consistent, high quality and for the vast majority, awesome. Sure some we’ve heard before such as on For We where Ayar jumps on the I’ve Changed My Mind instrumental for a quick and impressive verse, or Street Dreams where he takes the bold move of rapping over The xx’s xx Album Intro (it also ends up being pretty good by the way). Thing is much like a mind controlling brain parasite out to take over the world Ayar gets in the track and makes it his own, as opposed to just being swallowed up by its aura. Regarding originals I especially liked the Knox Brown (producer of Wretch 32’s Blackout) produced Dear Winter, whose piano driven melody and expert composition, in combination with Ayar’s flow and Jayd Alexandra’s vocals make it the mixtape’s best song.

Good Is Getting Better is a great mixtape, and if you know what’s good you better be getting it, because it’s good. Sure he may have bars like Orange reception rather than O2, but hey, it's very far from 3. He’s an artist that’s genuinely improving as he goes along, all the while maintaining the things that actually make him a quality, very underrated rapper. I have to hesitate a guess at what the next mixtape will be called though – Better Than The Best Good? Maybe More Good Though Less Better Than The Good That Was Better? Or maybe perhaps just Dbenga, Call of The Warrior. Meh, I shouldn’t name things.

You can download Good Is Getting Better via Mixtape Madness here.