#MixtapeMonday - Ayar: Good Could Be Better


Really and truly making your first mixtape is stress. Sure you may have been writing raps and making songs and stuff for however long but chances are people don’t actually know who the hell you are, and so will generally respond to stuff you try to show them with the same exact response: 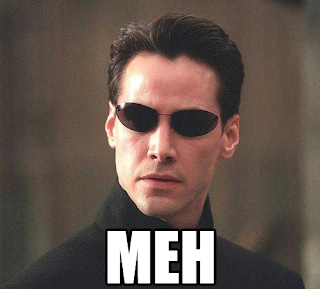 So needless to say it’s important to make a good impression. Enter Ayar, the 18 year old (I think because he said he’s 18 on the mixtape and I can’t find any other details about him which makes me unsure whether he really exists as in exists or whether he exists like Bruce Willis in the Sixth Sense exists – spoiler alert) whose debut mixtape Good Could Be Better may not be perfect, but still provides a solid and somewhat unique running start to his mixtape career.

One of the best things about the mixtape is the way that Ayar manages to make you believe in his world, the importance of his success, and his passion to make it. This ting is not a rassclart game to him; he’s got plans and people that depend on him making it and if his drive was a weapon it would be something like the thing in this video. Through the emotional Letter To My Marge to the pensive Just Like You at some times Ayar can seem bitter, though he unlike a lot of artists manages translates that bitterness into memorable lines that make you raise a “nice one bro” eyebrow when they hit.

Also you really feel as though Ayar has the ability to make some damn amazing songs, but apart from Rough Start and Big Screen, to me he doesn’t quite do it. Either songs will have a chorus that’s a bit off (in the case of Letter To My Marge or Fade Away) or his usual simple yet powerful delivery will be enough to make the tune good, but not amazing. Additionally by the end of Good Could Be Better you don’t feel as though you know much about Ayar, which is bad as the mixtape seems to revolve around him. I mean you get to learn some stuff, enough to make the mixtape feel “personal” in a sense but the lack of depth makes Ayar come across as one of a category of rapper, one of the “I have a dream, I wanna make it, mama I love you” kind of rapper. Now I’m not saying it would have been better if he was rapping about models having spinners on their gold plated cheese graters, but the mixtape just lacks that level of personality that makes you think only Ayar could have possibly made it, which would have made it far more memorable.

For someone who may or may not exist (I’m leaning towards him existing though, because there’s a whole YouTube channel with his stuff) Good Could Be Better is a pretty good mixtape, and well worth a listen. It’s simple yet effective, and I look forward to the next mixtape. He’s set a standard here – let’s see if he can maintain it.

You can download Good Could Better via Mixtape Madness here.