#MixtapeMonday - Daley: Those Who Wait

Review by MrReesh - Get at me on Twitter - @MrReesh
You guys know Daley right? You know the guy who was on that track on Wretch32's album, that one where it goes "it's the same old same old thingamajingyyyyyy". Nah I couldn't remember him myself, and to be honest his performance on that song was hardly notable. However do not write him off because after hearing Those Who Wait, the first of now two EPs by the Mancunian singer, Daley has now been MrReesh certified as “THE GUY”.

Now you're probably reading this like @MrReesh (huh? Advert? What?) why's he the guy? I thought you were the guy? Well I am THE GUY, but my vocals are nowhere near the powerful, sharp yet oxymoronically silky ones that belong to Daley. He flawlessly flies between modal and falsetto in a way unique to himself though somewhat similar to Maxwell, and that's not even because of the amazeballs Pretty Wings cover he does on the EP. Minus a couple dodgy spots where you can hear Daley isn't quite as comfortable (e.g. in the Like A Virgin cover, where he hits a very high note in a very strange way) his voice is a joy to listen to throughout and each decision to fast forward a song is one with at least a small amount of deliberation. Even the voice of Marsha Ambrosius in Alone Together, the only feature on the EP, is undoubtedly on point despite her delivery feeling a little dragged on at points.

Another great thing about Daley THE GUY'S EP is the songwriting. Maaaaan, this guy's got a way with words you know! This reaches its artistic apex in Smoking Gun, where the imposing synths and ravenous drumline reinforces the dark and intimidating imagery the lyrics convey, as Daley harshly ends a tumultuous relationship with a theoretical gun which lies smoking in the wake of his own demons currently in hot pursuit. Those Who Wait is another lyrical flamingmegabanger, which details THE GUY'S struggle towards fame, and learning to take a step back because, just like Guinness, good things come to those who wait.

However while production, songwriting and vocals are very good across the board, some songs are not as good as the rest and seem to miss the mark somehow. For example while Game Over's gloriously shiny beat is endearing and feels pretty on your eardrums, lyrically the song is a bit generic, and flow-wise it isn't amazing. It's a similar story with Spent which despite generally not generic lyrics still feels well... boring. However these songs aren't technically bad, they're good enough and to me just provide adequate listening in between the bangers of the EP.

In the end I was pretty damn impressed by this EP, to the point where I wondered if I did something illegal by getting it for free as you know, I don’t do that kind of thing. Though like pretty much everything it's not perfect, although it is very high quality from a number of angles and could legitimately be used as a short album. I just hope that in time him and that simply majestic hairstyle will come to dominate the Google images search result for “Daley”, as when your mum randomly walks into your room it’s surprisingly difficult to explain why you’re on a page of results like this: 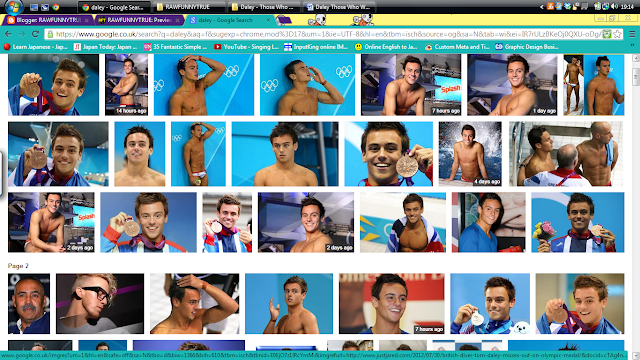 Daley on Twitter: @DALEYmusic
You can download Those Who Wait via Mixtape Madness here.
It's also available to purchase on iTunes, if you want it that bad and are FIFA ballin'.
Photo Credits:
Guinness "Guinness Pint" by Stephen Edgar - Netweb