I'm not even gonna lie to you guys - I don't know what the hell is even in Birmingham besides the universities, Jacob Banks, and a couple houses because people must live there right? Hmm.
So when I first heard of RoxXxan the female Birmingham rapper my reaction was a mix of "huh"s "seriously"s and "lol wut"s, but musically I don't think I've ever been so pleasantly surprised - RoxXxan... rocks.

Her delivery ahh her delivery - that's how she gets you! It's potent, venomous and out-rightly hardcore, which beautifully harmonises with the fact that - as you'll find out - RoxXxan doesn't give a f*** in flight. But it's wondrous that she doesn't! Almost magical even, as for me at least it’s been a while since I heard a rapper that doesn’t give a damn, is actually talented and still has at least some manner of decorum (yes Azealia, I'm looking at you). The infusions of bashment/dancehall and grime also add more dimension to her style, resulting in one that is unique to her, and very easily memorable.

And it's a wonder just to hear her spit flows over the well made and great beats on the tape, which sometimes compliment her harsh flow with a harsh, distorted electronic synths as in Guerrilla or Power, or create sublime contrasts with smooth piano driven melodies as in Hazzed or one of my personal favourites, Real Talk. You even get a little Neptunes-esque funk with the amazing LNMT, which is really isn't something you expect, and certainly not something you expect to work well. It all has the effect of showing off RoxXxan's skeleton key flow, which she manages to successfully change around depending on the situation within each track. 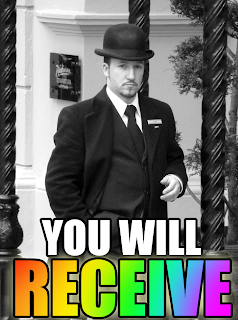 Lyrically she's solid, even if she lacks punchy one liners or specifically quotable lines. On top of that her use of sometimes direct and sometimes subtle humour helps to really boost the fun factor, as I actually had to hold back laughter when out of nowhere, in the most English of English accents the chorus to DAGGA said "I'M GOING TO GIVE YOU THE DAGGER, YOU SHALL RECEIVE THE DAGGER", dagger meaning an intimate interaction with the male um, part. I also had to have a cheeky giggle at the Birmingham talk "how am ya - I'm oolraight bloud" in Brum Bars, as RoxXxan's accent was something I was semi-aware throughout but THAT just brought it to the light epically.

However I found that a couple songs, specifically HO3 and Kween Richard, where a bit too not-give-a-damn-y, which made the concept or the words spoken distract from the quality of the song. On top of that I wasn't really feeling Power or the DAGGA tune, as though she avoided the awkwardness that usually accompanies songs where artists try to be all bashmenty, neither was of the same quality as other songs on the mixtape.

And that's just about all you need to know about Prepare 4 When I Land blouds. It's an exciting, varied and fun mixtape filled to the brim with RoxXxan's potent delivery and highly decent lyrics that make you think if this is the preparation for when she lands, the actual landing will be a MAUD Ting. Download it before you even leave this page.

You can listen to Prepare 4 When I Land via the souncloud player here: