Who the hell told me to put this on my iPod? I don't know. I just went on DatPiff a few days ago looking for something to review and saw this Tyga 187 thing was quite popular. Now I'm not a fool, I know Tyga is not my style, bar Faded and Rack City which I only listen to when I'm in that “sunglasses indoors, tattoo on my face” mood - but I thought give it a chance! Give it a go!

So what do I think?
DAFUQ BRO??? I'm so confused. Where can I even start?

Let's start with the lyrics. "These ni**as gay like rainbows" oh my goodness. Now THAT'S gay. The lyrics are a mess, an absolute mess. Like sometimes my brain cuts out and I find myself somewhere else in the world, contemplating how the hell I got to this point in my life. Then my brain re-engages and I realise I'm still listening to this stuff. All he does is talk about money, being rich, getting girls and all that other crap. But the thing is he doesn't even make it sound luxurious like Rick Ross does, just makes it sound average, like going to a Tesco Express. In one lyric he even says “Burger King, only Tyga gets a crown”. Seriously? So you’re actually saying you’re that rich/popular/blahblah that if you went to Burger King – one of the top destinations famous rappers brag about eating at – the staff would be all like, “Oh my God, take all the crowns back, Tyga’s here. Only HE gets to wear the paper crowns.” I guess the thing that scares me the most about that line is that when I was younger and went to Burger King, I got a crown, which of course means that I am in fact, Tyga.

Even flow, something that Tyga is usually good with leaves a lot to be desired, with some songs featuring predictable and repetitive flows which make you want to palmface; a move similar to a facepalm but instead of moving palm to face, you move face to palm. Saying that there are some points where he returns to form like in his cover of 2Chainz’s I’m Different, and sometimes the beats are so bad it’s hard to even blame Tyga for not being able to come up with a decent flow. Which brings me to another point – PRODUCTION.

What the hell? Some of the beats he covers sound fine on other tunes, but now Tyga’s on them they sound lacklustre. Even T-RAW’s (that’s his nickname, because he’s a tiger, which erm, “RAWS”?) cover of Clique/F*ckin’ Problems sound poor, with the instrumental of Clique being a remake which sounds very close to the original, but not quite there. The beat behind All Gold Everything has to be the low point for me though, sounding like something someone made with a bin bag on a windy day. And why are there gunshots everywhere? I get he’s meant to be so OG he’s practically PF, but there’s no need to be gunshotting and saying “HAH” at the start and end of every track like that, just no need.

But then after all that you reach 95 Like That, which features a smooth old-school instrumental which samples and refers to LL Cool J’s Hey Lover (released in 1995), which itself samples Michael Jackson’s The Lady In My Life. Here alongside the best instrumental on the mixtape Tyga delivers his best lyrics, as well as a decent flow and delivery to make this EASILY the best track on the mixtape, though it’s just good, not amazing. Problem is it’s right at the end, so unless you’re listening for a reason, you probably won’t make it there.

This mixtape makes me sad. I think one of the main problems is that you just sit there listening to it thinking “what exactly is the point of this”? And if what you’re making has no visible point to it, then you shouldn’t be making it. With the exception of 95 Like That it’s a collection of sounds which may make you regret you have ears, which personally I wouldn’t recommend you download. And with this next exclamation mark I shall retire to my iTunes to eradicate it from my iPod – 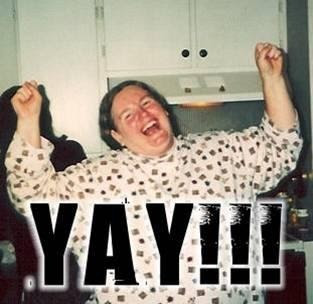 Download/Listen for whatever reason via the player here: