So JB is back - not that JB - Joey Bada$$, creator of one of the highest scored mixtapes on thisblog to date, and even now I question whether that score was too low. But alas your eyes meander upwards to the Summer Knights score, then back to what I just said, then back to the score like some type of impromptu Old Spice advert. Truth is Summer Knights is very sadly, just good.

And this just goodness is apparent from the start of Summer Knights, as you can tell something here so RIGHT but is a little off. You can tell everything has that signature Joey Bad touch to it, but it's weird, as though he touched it wearing a funky smelling glove.

One of the main issues I had with the mixtape are the lyrics and lyrical content. I mean he has some moments of brilliance that only Joey Bad could do "I don't drink too much, I know to bud wiser" but these feel like things that make your ears perk up amidst a see of mediocrity, and fails to command attention solidly. This is compounded with similarly dull flows in places, or needlessly excessive flow in others. For example Satellite ends up being one of the most boring tracks on the mixtape thanks to a flow dryer than a house in the desert with no cocoa butter despite decent wordplay, whereas Joey's need to fit a thousand rhyming words into four lines in the second half of My Youth leaves you just wondering why, as there was no need, and just feels like overkill in a bad way. 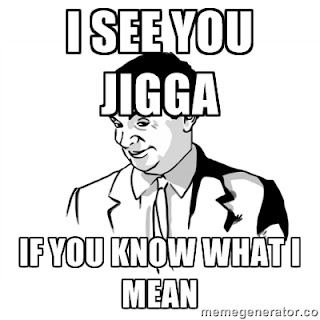 Even subject matters feel standard here; there are very few particularly interesting perspectives here and some of them are just strange. Maybe it's because I'm English, but “swank” the main contender (apparently) to the word “swag”, sounds far too much like wank, and as wank is English for a knuckleshuffle the song is just a lol-factory for me. This is especially true where Joey says "Swanking swanking swanking - I see you Jigga!". But even that aside, if you were to listen to songs like Right On Time, a good song by any means,and compare it with the perspective Joey had on Pennyroyal, the difference is frightening. And thus a majority of the songs here lack the ability to impact your memory - it feels like basic, archetype rap about how 'the team is untouchable', how places are dangerous, and other topics covered under 'etcetera'.

Saying that, it's not all average. Towards the end of the mixtape things start to get consistently better, with the Saul Williams inspired Amethyst Rockstars leading the way with great production and fiery flows delivered by both Joey and Pro Era rapper/producer Kirk Knight. LongLiveSteelo is as heartfelt as it should be, with enjoyable storytelling and quoteables. Word Is Bond another song which lifts the quality of the mixtape alongside Sorry Bonita, and the DJ Premier produced Unorthodox which was released a while back now, forms a great track to end the mixtape on with undeniably solid flows and similarly as solid wordplay. 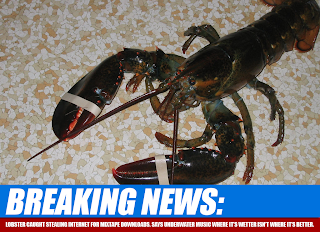 But what's the final verdict? It's good as far as mixtapes go but honestly poor as far as you'd expect a fresh Joey Bada$$ mixtape to be. Jay-Z said it the best “n*ggas want my old shit, buy my old album” and you may just be right to download 1999 instead of this if you're looking for a truly great and near perfect mixtape experience (mixperience?). However it's decent, and songs like LongLiveSteelo and Amethyst Rockstars as well as a few others do make it worth the free download.

Unless you're actually lobster who steals internet and has to be very selective about what he downloads. Then maybe give it a miss. Maybe.